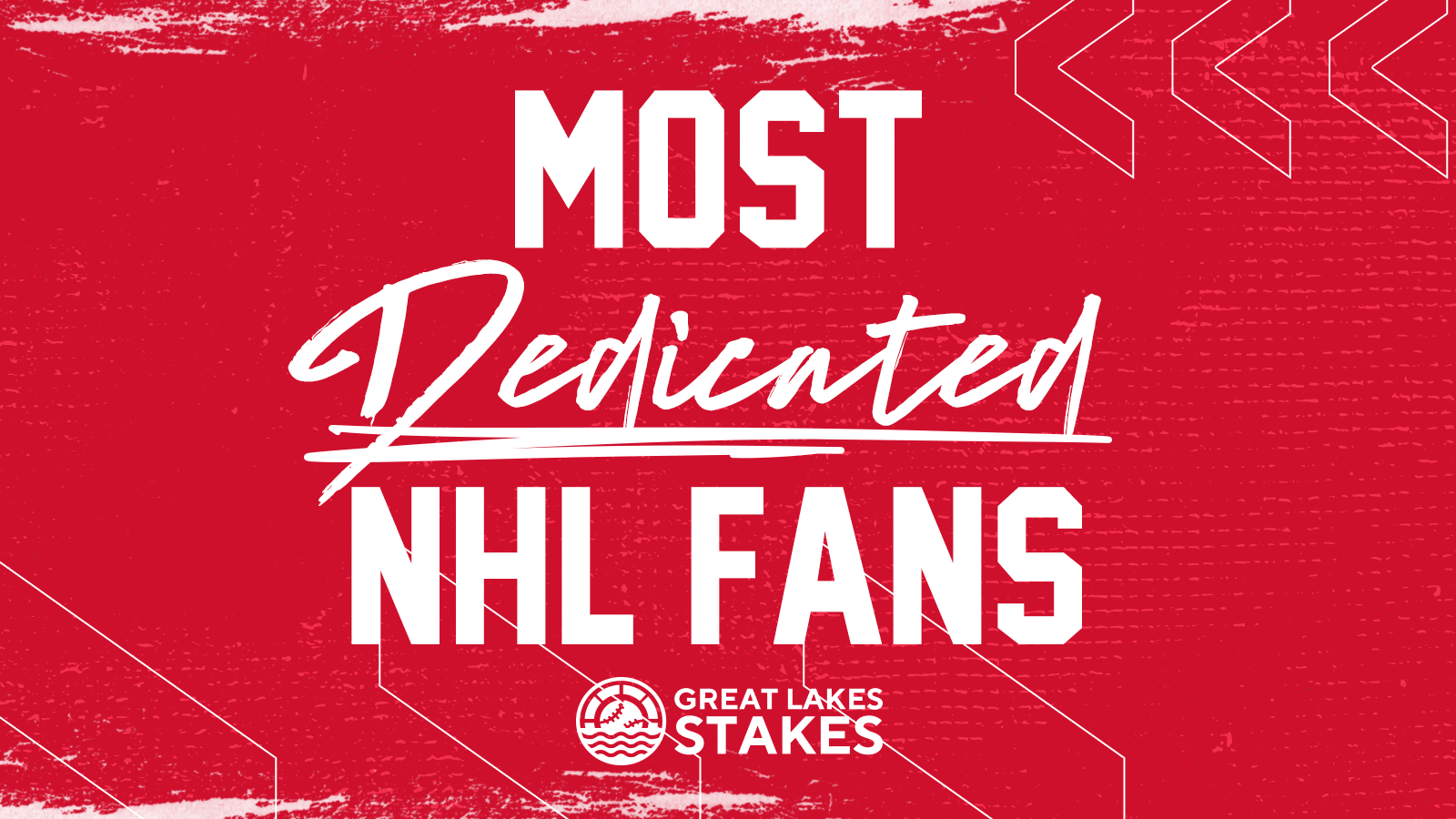 The Red Wings' current general manager, Steve Yzerman, was quoted during his days as a player saying, “Very few cities in the NHL have the history or the following of the Detroit Red Wings.”

And while you may say he is biased, Yzerman is telling the truth. After 19 division championships, 6 Presidents’ Trophies and 11 Stanley Cups, this Original Six squad has one of the most storied histories in the NHL, and a dedicated following across Michigan sports betting.

While the past few years have been labeled as a rebuilding era for Detroit, Little Caesars Arena still sees hordes of Michiganders game-to-game.

Going into the 2022-23 NHL season, GreatLakesStakes.com developed a matrix system to rank the 31 NHL teams (Seattle eliminated due to one year of existence) based on the dedication of their fans. 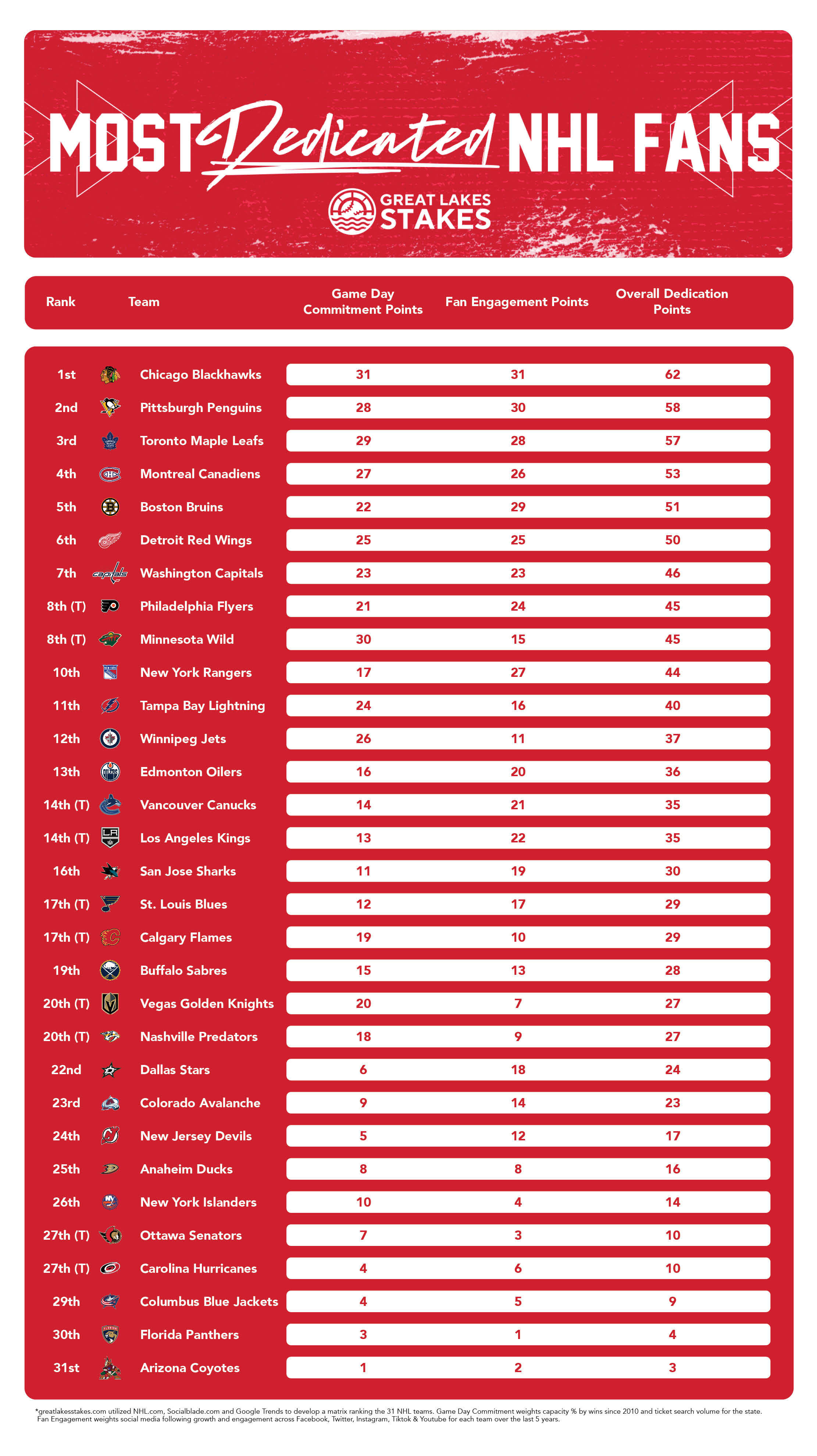 It should be to no one’s surprise to find Detroit towards the top of the list of the NHL’s Most Dedicated Fans.

Since the 2010-11 NHL season, the Red Wings have consistently been a Top 15 NHL franchise in attendance numbers. Whether it has been the storied Joe Louis Arena or the new Little Caesars Arena opening in 2017, Detroit has shown out for their home team.

Red Wings fans follow the team off-the-ice as well. They were 6th in the “Fan Engagement” category, as they see a huge following on all their social media accounts and consistent engagement from fans across all platforms.

Detroit has now missed the NHL Playoffs for the 6th consecutive season; however, fans are excited with the youth on their roster and about bringing in Lightning assistant coach Derek Lalonde as the leader behind the bench.

Sportsbooks aren’t as high on the squad, as BetMGM Michigan sportsbook only gives them the 6th best odds (+2800) to even win the Atlantic Division.