The Odds of Owning a Home in Michigan

Owning property and being able to call your home your own is something many of us dream of. But with one of the most affordable costs of living in the US, what are your odds of being able to buy a home in Michigan, and how do your chances here compare to neighboring states?

To determine your odds of owning property in the state, we considered a series of factors, including the state’s income-house value ratio, Michigan house price growth, the number of households here per 1,000 people, and the home ownership rate across the state.

Ranking each US state for each factor, we were able to reveal where Michigan places among the easiest regions to purchase property.

While our bread and butter here on this site is keeping tabs on Michigan sportsbooks, stay close for lifestyle pieces like this as well.

How Easy is it to Buy Property in Michigan?

Notably, there’s also a significant number of households per 1,000 Michigan residents — just under four for every 10 people — despite the state ranking among the top 10 by population with over 10 million people living here.

Impressively, Michigan also has a relatively high rate of home ownership, with 73.30% of people owning property here, the joint-eighth highest of all US states and above the national average (68.34%). 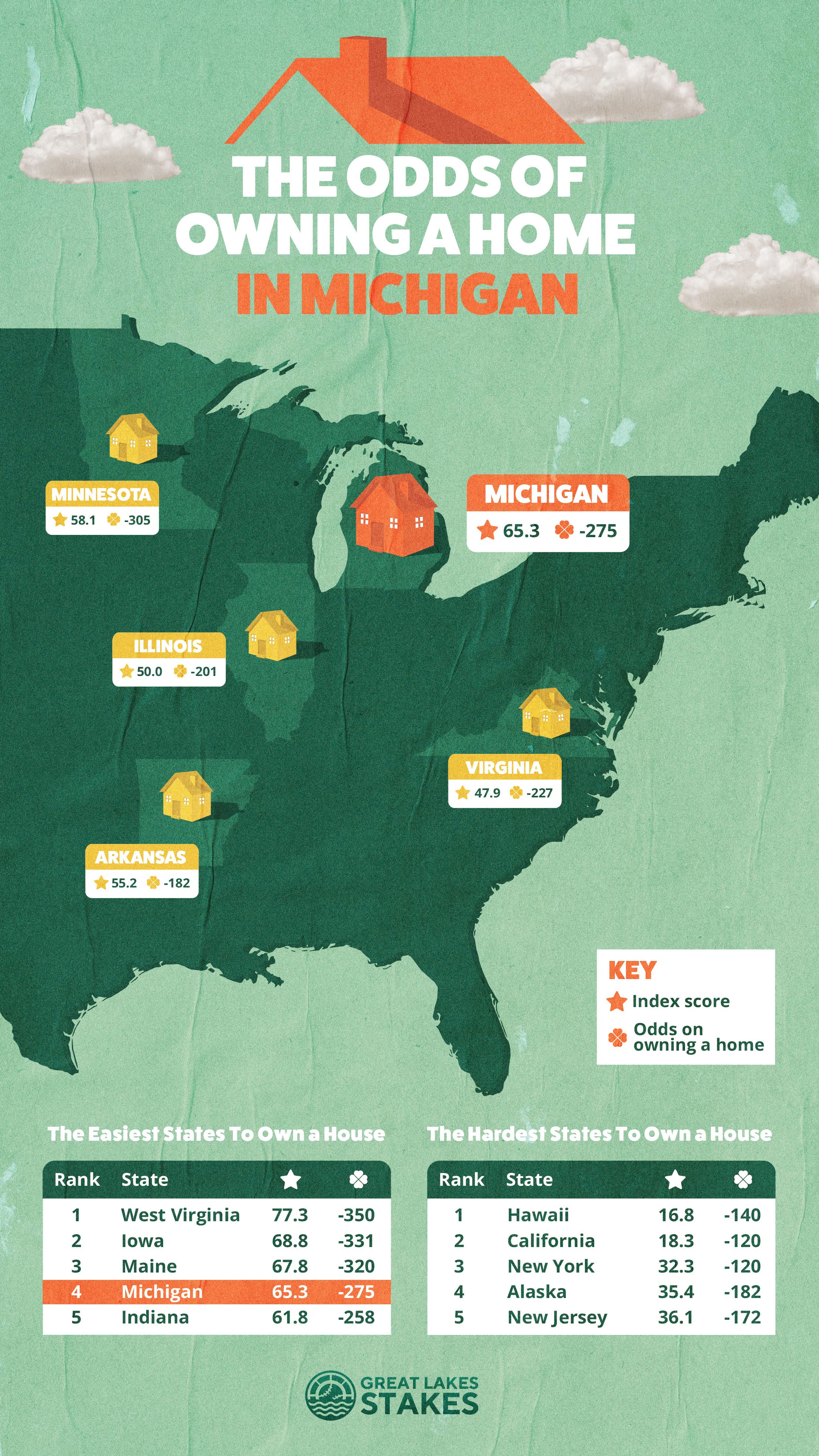 What are Your Odds of Buying a Home in Michigan?

This means your chances of becoming a Michigan homeowner are generally favorable, with moneyline odds of -275. This means, statistically, you’re much more likely to be able to afford property here than not!

For even more expert insight like this, check out the latest on GreatLakesStakes.com, including everything related to Michigan online gambling.

To determine the how easy it is to buy property in Michigan, we considered four different factors for each US state:

Data for these factors was collected and normalized, to give each factor an indexed value between 0 and 1. These values were then summed, to provide a total score out of four for each state. The states were then ranked from highest to lowest based on this score.

To determine your odds of owning a home in Michigan, we looked at the home ownership implied percentage and equivalent moneyline odds.