How Much Would it Cost to Buy a Detroit Professional Sports Team?

It’s been 14 years since a Detroit sports team took home a championship, but that hasn’t stopped the city’s four professional teams from accumulating value.

The Lions, Pistons, Red Wings and Tigers have seen their purchase price values skyrocket since 2007, according to secondary data analysis by GreatLakesStakes.com and Statista.com. 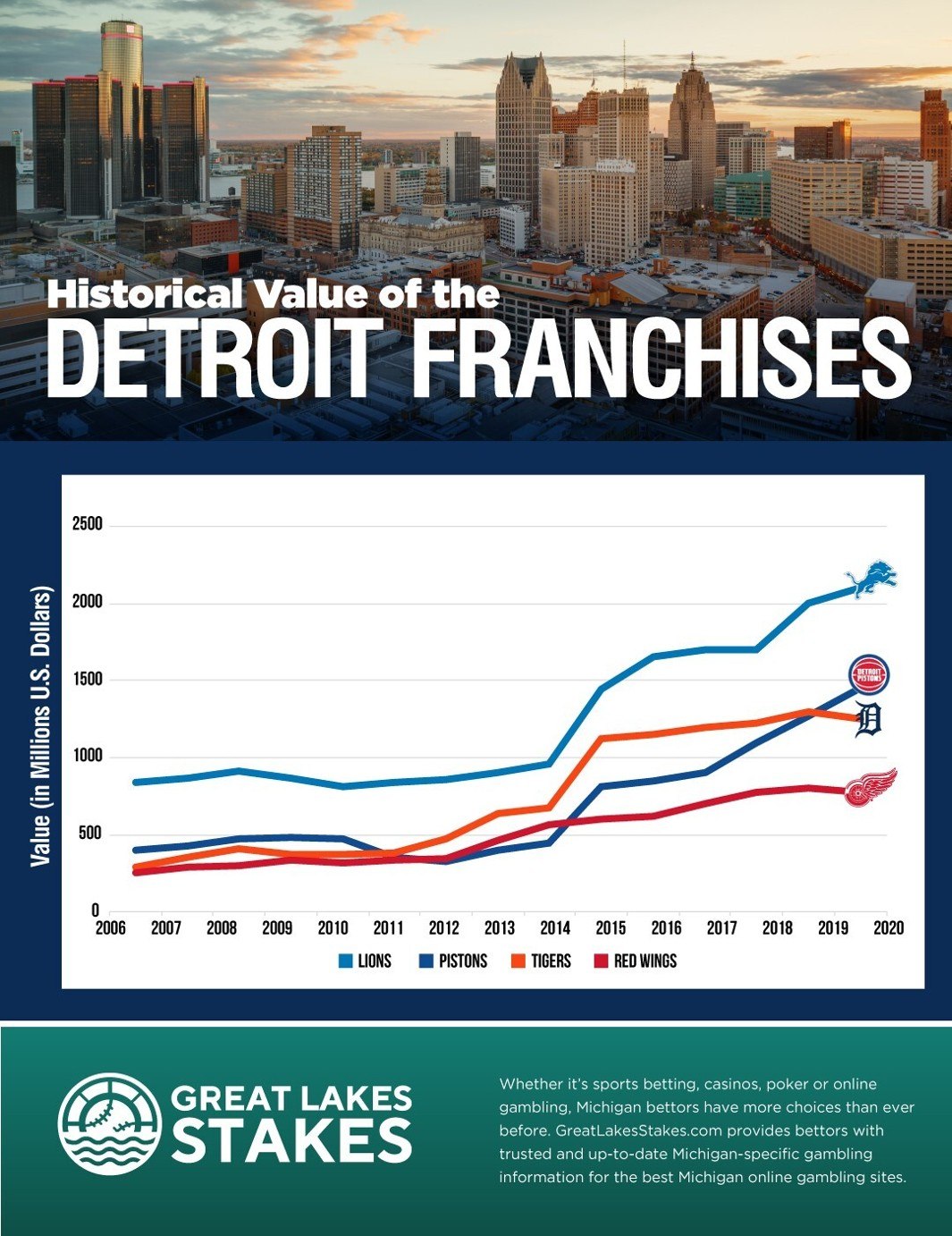 Here’s a breakdown of how each team’s value has changed in the last 20 years:

The Lions have seen a steady rise nearly across the board, with the only yearly dip coming in 2010 when the franchise’s value fell from $872 million to $817 million.

Since then, Detroit’s NFL team has seen its value rise each year, cracking $1 billion for the first time in 2015 and surpassing $2 billion every year since 2019.

The Lions might be the lone team in Detroit without a modern-day championship (they won the NFL Championship in 1935, 1952, 1953, and 1957), but they still dominate the city’s landscape when it comes to monetary value. The Lions are also a local betting favorite since Michigan online sportsbook apps came on the scene a little more than a year ago.

How the Detroit Pistons, Tigers and Red Wings Stack Up

Both the Detroit Pistons and Red Wings have seen steady increases in value since 2007, while the Tigers rose between 2007 and 2019, before backtracking the following two years.

The city’s NHL franchise, which lays claim to the third-most Stanley Cup championships in NHL history (11) and the city’s most recent title (2008), has seen its monetary value climb for the most part.

Detroit’s four sports teams have seen their value increase by nearly $4 billion over the last 15 years, giving owners a much better return on investment than fans of the respective franchises. For the latest news on Michigan online gambling check out GreatLakeStakes.com.

When using this data and research, please attribute by linking to this study and citing GreatLakesStakes.com.