Betting the Detroit Lions on Thanksgiving Day Since 2000

The Lions have been playing on Thanksgiving Day in Detroit each year since 1934 — amounting to 81 appearances. The overwhelming sentiment toward the Lions every year on Thanksgiving is that they are constantly finding ways to enter the losing column.

GreatLakeStakes.com analyzed SportsOddsHistory.com to find historic lines of the Detroit Lions since 2000 on Thanksgiving Day from a moneyline, against the spread and total betting perspective.

Has Betting the Lions on Thanksgiving Been Profitable? 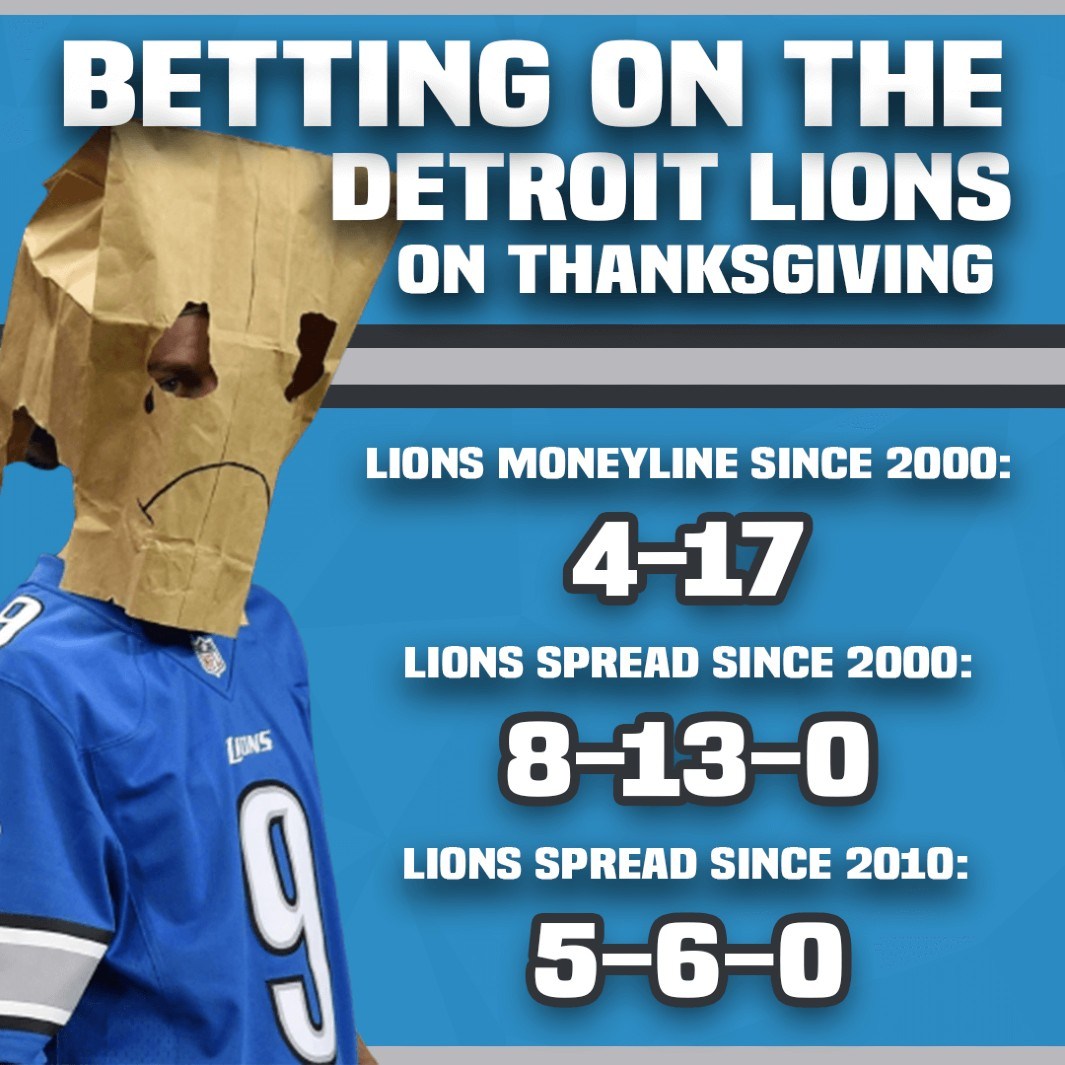 The Detroit Lions welcome rival Chicago to Ford Field for the NFL’s traditional Thanksgiving matinee. Detroit seeks to halt its longstanding futility in the showcase.

The Lions have appeared in games on Thanksgiving 81 times since 1934. In the 21st century, they have posted a 4-17 mark against the moneyline, according to data compiled by SportsOddsHistory.com.

Entering Week 11, the Lions are 0-8-1, while the Bears are 3-6. Their Thanksgiving game kicks off at 12:30 p.m. Eastern time before a national television audience on FOX.

If you look at the Lions’ overall performance on Thanksgiving, you’ll see Detroit hasn’t given Michigan online sports betting players much of a reason to back the home team.

The Lions have posted an 8-13 mark against the spread this century, though the franchise has fared slightly better since 2010, going 5-6 ATS. The Lions have a -227 point differential in their 17 Turkey Day losses since 2000.

Do Detroit Lions’ Thanksgiving Games Typically Go Over or Under the Total? 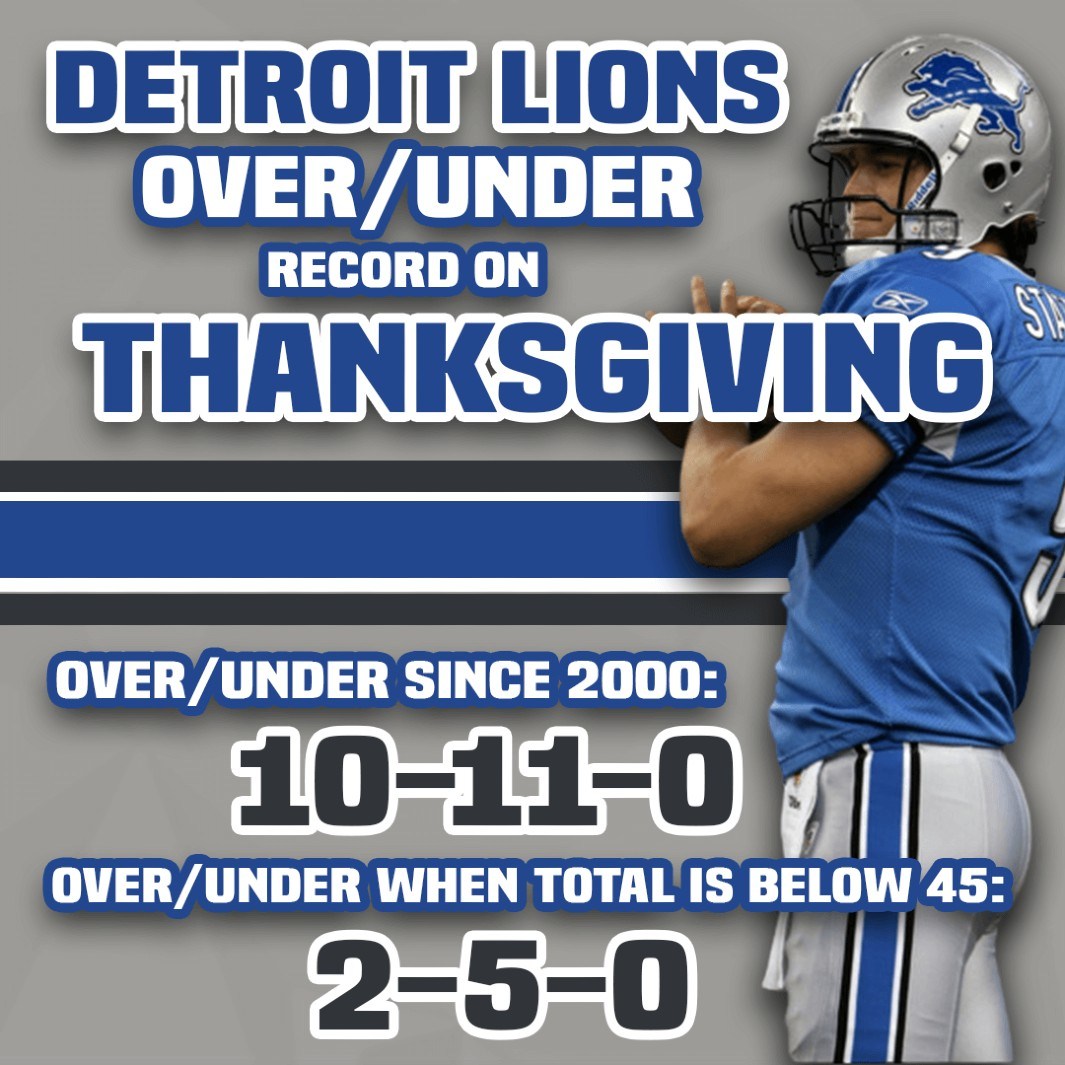 The Lions have hit the over in total points seven times in Thanksgiving games since 2010, at least giving Detroit fans a little something to cheer about.

Detroit has been outscored 592-422 on Thanksgiving since 2000, with games hitting the over 10 times during that stretch.

Detroit has lost its last four Thanksgiving contests, including a 41-25 blowout at the hands of Houston in 2020.

Are There Any Trends That Help for the Lions-Bears Game on Thursday?

The Bears are currently favored by 3 or 3.5 points over the Lions on Thanksgiving, depending on which sportsbook you consult for NFL betting in Michigan, with an over/under of 44 or 44.5.

Thursday’s game will be the 184th showdown between the Lions and Bears, dating to 1930, with the Lions trailing in the overall series 75-103-5.

All told, the Lions are 5-6-0 against the spread vs. NFC North opponents on Thanksgiving, but 2-1 ATS vs. the Bears on the holiday since 2014.